Artificial intelligence is one of the strongest technologies that we have access to in the 21st century, in part because it allows us to process data at an unprecedented scale. This trend is more important than ever, especially since as far back as ten years ago, Google’s then CEO, Eric Schmidt, famously said that we create as much data every two days as we did from the rise of civilization up to 2003.

Nowadays, AI is used to tackle the threat posed by сoronavirus, to power diagnostic tools – there are myriad other ways technology could help. One of the significant advantages of using AI is its ability to carry out advanced calculations and modeling to make predictions about what the future might hold.

In terms of threats like Coronavirus, AI could be used to determine the best actions to take at any given time by crunching the numbers to understand what the response might be. This information could help governments and world leaders to take the optimum steps to save lives and to stop the spread of diseases.

Electronic health records (EHRs) are a vital part of our modern health system. At the same time, doctors are spending more time updating EHRs than they are in face-to-face consultations. One of the notable advantages of using AI in healthcare is that it may be able to take on the job of maintaining and updating EHRs and freeing up physicians’ time to spend more of it with their patients. The disadvantage is that most of these EHR systems don’t talk to each other.

One of the main ways that AI can help the field of radiology is that it can optimize workflows and make radiologists much more efficient. It could also help us to discover genomic markers and allow us to practice a more personalized type of healthcare that’s based upon individual patients rather than providing blanket cures for the population as a whole.

Another useful aspect of AI in radiology is that it can be used to parse through patients’ scans at a rapid rate to act as an effective safety barrier. Human beings occasionally make mistakes. So does AI, for that matter. Still, by having humans look at scans first and then automatically rescreening them with AI, we could maximize our chances of not missing anything. 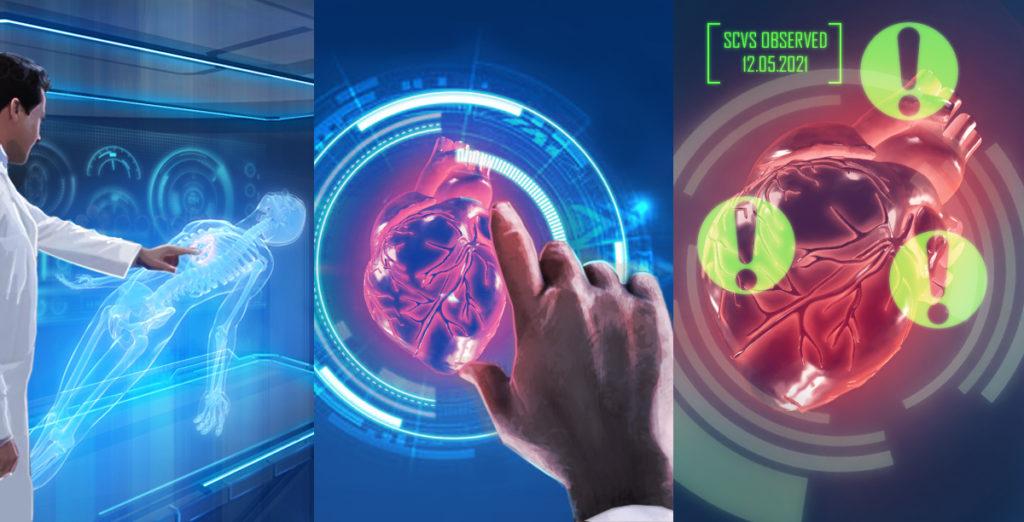 AI could also be useful for providing warnings about the side effects of different drug interactions. It can be difficult enough to deal with the side effects of a single drug. Still, if you’re taking multiple medications at the same time, then they can often interact with each other and come out with unexpected consequences.

Artificial intelligence, combined with its sister technology machine learning, could be used to predict any of these potential adverse side effects before they happen. Trials are already underway to do just that the goal is to carry out preventative healthcare.

The healthcare industry is notorious for a large amount of regulation that’s required for new treatments to be released to the general public. Drugs need to go through clinical trials and be approved by the FDA. AI and machine learning solutions will be no different. What that regulation looks like may indeed differ slightly. Anyway, oversight and regulation will be required to make sure that any treatments which are released are tried and tested.

Meanwhile, researchers and medical practitioners will need to ensure that they work within these regulations to ensure that promising a lack of compliance doesn’t scupper new technologies.

The implications of all of this new technology are far-reaching. The technology as a whole is becoming an inherent part of our society, powering everything from smart city systems like traffic lights and traffic routing algorithms to the recommendations engine on Netflix. We can’t slow the progress of technology, and indeed we shouldn’t want to. AI is coming to the healthcare industry, so the only real question is what that will look like.

There are pros and cons of AI – it’s crucial to acknowledge them both. One of the biggest challenges of using AI is that it requires large amounts of data if it’s to be able to function and to provide actionable insights. It means that if we don’t have this data available, we can’t process it, and so as a society, we’ll have to find new ways to store and share health data. Voice assistants use AI to process natural language input and to provide the appropriate responses. You’re probably already familiar with voice assistants in the form of Siri, Alexa, and Google Assistant, and it might not seem as though they have immediate use in the healthcare industry.

With that said, specialist medical voice assistants could be hugely useful in the healthcare industry. For example, surgeons could use them to retrieve patient records in the operating room, or general practitioners could use them to update records and to set reminders. They could even be used in the home to remind patients to take their medication.

Artificial intelligence has the power to dramatically alter the world that we live in. Most people agree that it’s for the best. At the same time, some key figures (including Elon Musk and Stephen Hawking) have warned about the dangers of AI, so we need to consider those.

As with most technology, it’s a tool. So, it’s up to us how we use it. That’s why oversight and regulation are so significant. The key is to find a balance where AI is used in healthcare and other industries to make our lives better. A bright future awaits us.

From 2017 as a CTO at Zfort Group, Andrew Mikhailov concentrates on growing the company into the areas of modern technologies like Artificial Intelligence, BigData, and IoT. Being a CTO Andrew doesn’t give up programming himself because it is critical for some of the projects Andrew curates as a CTO.

2 thoughts on “When Will Your Next Doctor be an AI?”